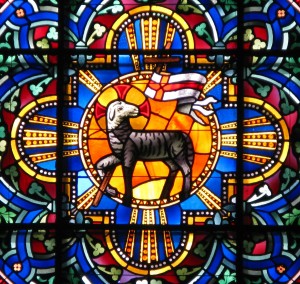 First Presbyterian Church of San Angelo: The history of First Presbyterian goes back to February 1885, when seven people met with the Rev. J.H. Zivley, to begin plans to organize a Presbyterian church in San Angelo. By the end of the year there were 35 members. On September 11, 1886, the three lots on which the present church now stands were purchased for $500. Within the next year a small white church building, designed by Oscar Ruffini, was constructed. It stood at the corner of College and Irving Streets facing north on College.

The population of San Angelo was approximately 10,000 in 1906, and the congregation numbered about 200 when the decision was made to undertake the construction of a $40,000 combined sanctuary and education building. Designed by the L.B. Valk Architectural Company of Brooklyn, NY and Los Angeles, CA, the building was completed in 1908. When new, it was truly one of the most impressive structures in all of San Angelo, as well as in much of West Texas. The Sanctuary has withstood West Texas dust storms, droughts, multiple hail storms, and high winds. The bell tower/steeple, seen in the older photos of the church, with its somewhat Moorish dome on the top, was taken down during the 1930s due to concerns about its structural integrity.

First Presbyterian Church of San Angelo: Designed in a Victorian and Romanesque style. The Sanctuary building originally included a pastor’s study, a library, multiple classrooms, and a fellowship hall/educational space in the basement. Originally heated by coal furnaces and cooled with electric fans, the sanctuary also featured a rather unusual water-powered organ.

Today, the Sanctuary has been fully updated, including new lighting and handicapped accessibility via an elevator from the Commons. The original pews, ornately painted organ pipes, beautifully restored beaded board wooden ceiling, and sturdy wooden columns continue to lend their beauty to the worship setting.